Judicial officers together with Uganda Law Reform Commission on Tuesday, 27th August, 2019 gathered at Royal Suites, Bugolobi in Kampala to have their input in the review of the aw on bail in Criminal Justice systems in offing.

The subject of bail, particularly its practice is increasingly becoming contentious world over including in Uganda. Legal and social debates on the balance between public safety and the right to personal liberty continue to rage on in public and political spaces. For instance, concerns have been raised by several people on the inconsistencies in the exercise of court discretions while considering conditions for bail, the increasing crimes that are capital in nature and the need to curb them using more stringent conditions for the grant of bail, the exorbitant fines and unaffordable cash bail imposed on applicants for bail by courts are argued to be discriminatory because only the rich can afford among others. 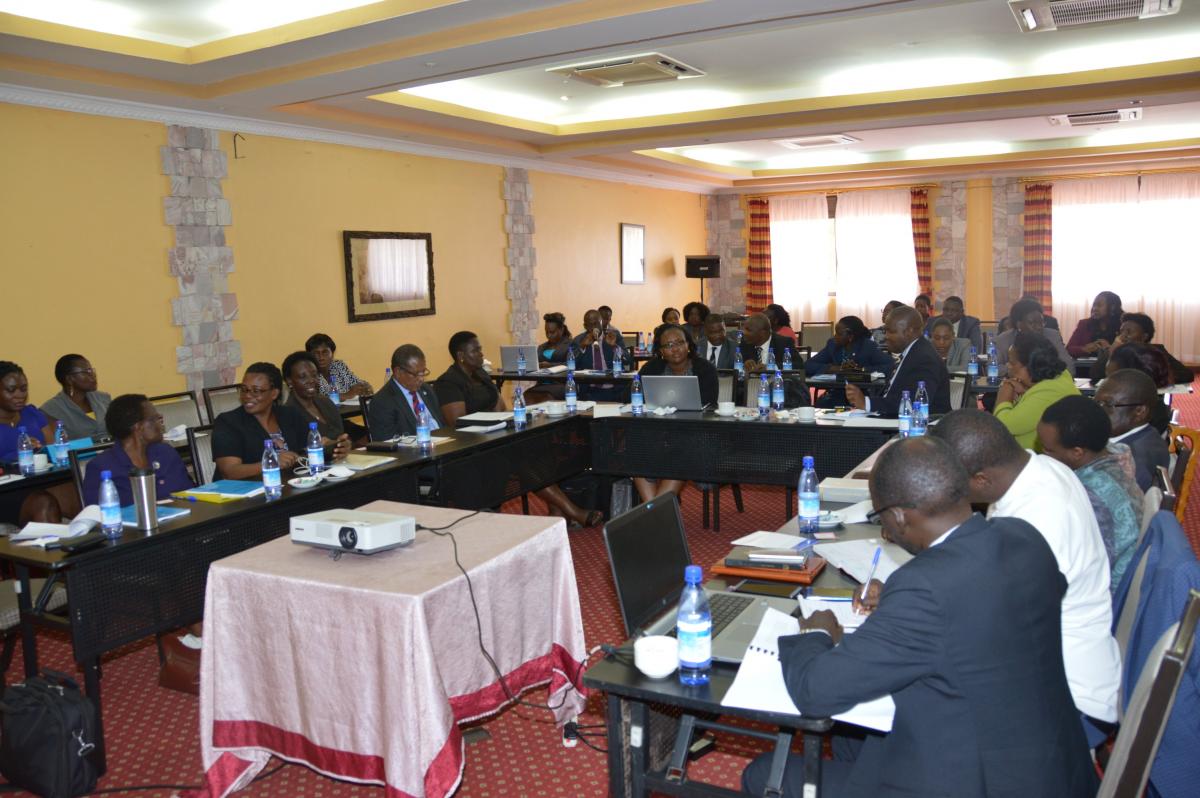 Further to the foregoing justifications for reform, other reasons relating to the limitations of the law on bail have been advanced. It is opined that bail applications are not participatory- victims’ views are ignored, magistrates and judges are not required by law to inform sureties of their obligations and rights as sureties and the consequences of breaching those conditions.

This study was intended to make recommendations for any procedural, substantive, administrative and legislative changes necessary to provide clarity where the law is ambiguous, create consistency and transparency where interpretations are not clear or fair and provide more stringent conditions for capital offences with the view to curbing their increase.. In reviewing the Act, the commission considered; the presumption of innocence; the protection of the public, including victims of crime and fairness in decision making, and the desirability of speedy trials concerning a person’s detention. For more information about the proposed legislation,   Download consultation paper here.